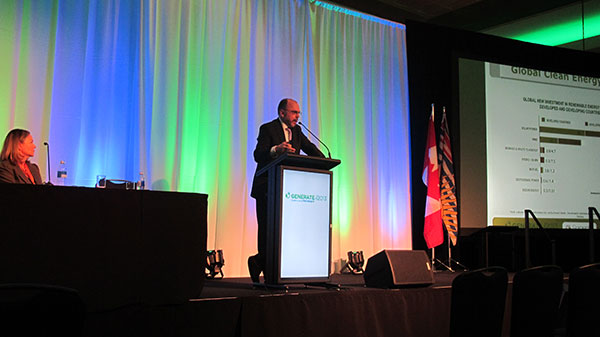 Vancouver hosted during the last week of October Generate, one of the most important conventions in North America on clean energy.

Generate is a meeting point for all the industry in Canada and North America. For the very first time, Sorgent.e attended the conference as an exhibitor and sponsor, but its participation was much more extensive than this. The new challenges that the energy market in BC is facing have made innovations necessary. New technical, managerial and social approaches are required to be successful in developed countries such as Canada.

The contribution of Sorgent.e in Generate to the future of the sector started with Brian Robin, North American manager of MJ2 Technologies (turbine manufacturer of Sorgent.e Holding). During his lesson in the short course ‘First Nation’ s Clean Energy Projects: Partnerships, Ownerships’, Robin presentedthe advantages of using VLH turbines for local communities: it is the only machine in the market making profitable very low head sites, compact solutions, reduction of civil works, unique fish-friendly performance, island mode for remote areas, etc. At the heart of the convention, Daniele Boscolo – CEO of Sorgent.e Holding – was one of the speakers for the panel ‘Global Clean Energy Policy: Innovation and Emerging Trends’. After analyzing the changing trends worldwide in clean energy and the targets for the industry in the developed and developing countries, Boscolo explained how the managerial and technological innovations of the Italian group  meet these requirements. 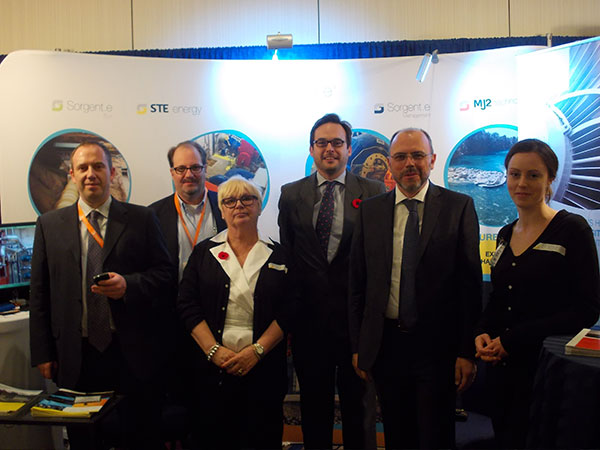 With a strong Canadian presence in Generate, Sorgent.e has participated in an active dialogue with First Nations, government and association representatives and private companies from all over North America. It was remarkable the participation in the Leaders Breakfast at Generate 2013. At a selected breakfast table with the industry leaders of BC, Sorgent.e was the only medium-size international company discussing with lenders, big corporations, government members and the third-sector.

Clean Energy BC, the association of Independent Power Producers that organizes Generate yearly, is  making  a tremendous effort to put together all the pieces of the complex electrical puzzle in British Columbia. Sorgent.e wants to contribute to this picture successfully with all the stakeholders.