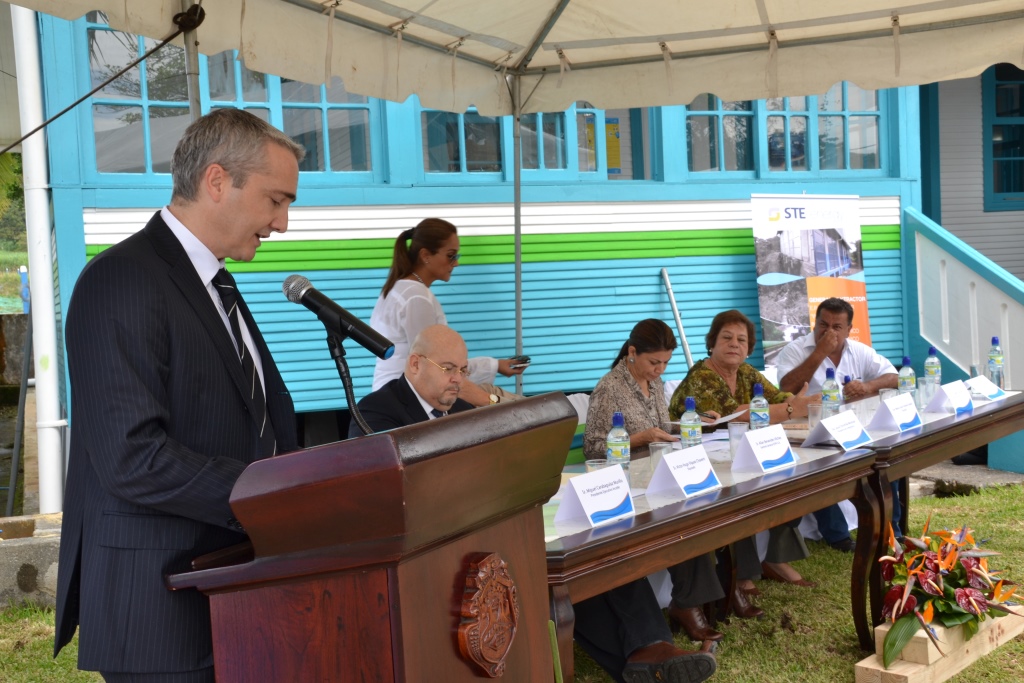 Sorgent.e, international player – whose subsidiary companies are more than 30 within the field of renewable energies – is more and more present in South American countries. After big works executed in Chile, Ecuador and Perù, the Paduan operator inaugurated a few days ago the Tacares power plant in Costa Rica, the tenth plant executed in this Central American country by STE Energy, a company belonging to the Sorgent.e group.

The ceremony of the new plant, placed in the Alajuela province, La Garita area, was held on Thursday, October 24, 2013 at the presence of the Costa Rican President Laura Chinchilla Miranda of the Italian Ambassador Francesco Calogero and of the CEO of STE Energy Mario Arquilla.

The Tacares power plant, placed on the Poás river, a river with an absolutely extraordinary penstock length and inclination, was built on the 30s with the aim of powering the old San José - Alajuela railway. STE Energy executed the complete revamping of the plant, leading – thanks to the installation of two horizontal axis Francis turbines – to the production of a total power of 7.000 kW, equal to an average annual production of 29.000.000 kWh; an energy sufficient to meet the needs of 15.600 families.

The main feature of such plant, which requires an investment of about 15 million dollars, is its own configuration, given that the powerhouse is placed in an area that can be reached only on foot or with a cable railway allowing the transport of small equipments and components facing a 90 meters slope and an inclination of 45 degrees. 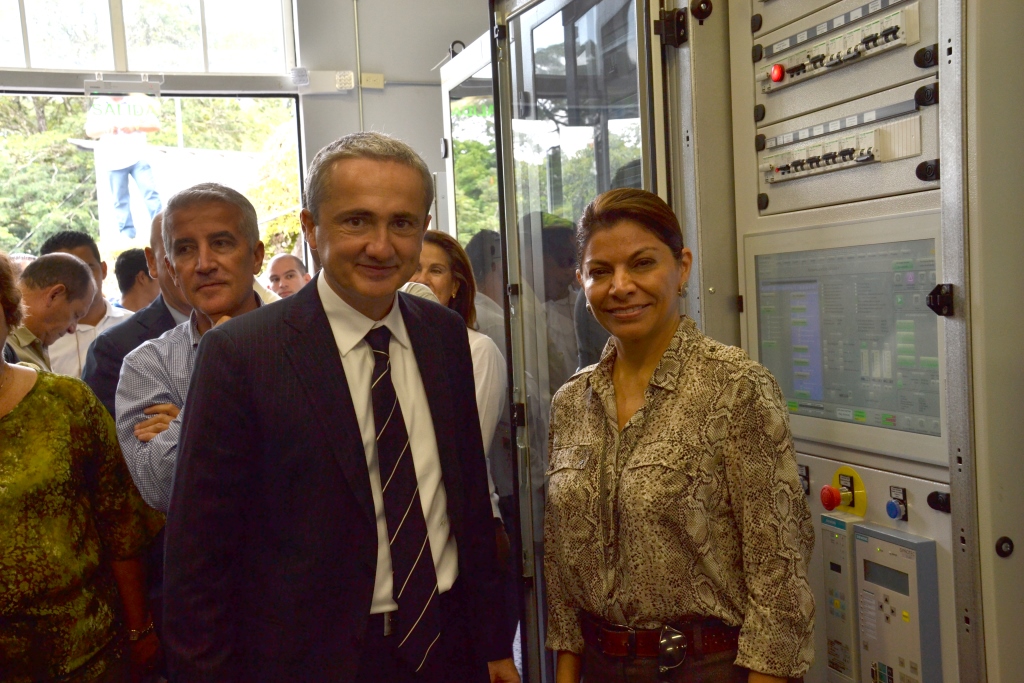 STE Energy supplied all the electromechanical equipments (turbines, generators, electrical boards and transformers, automatic funicular system), adapting them to the already existing spaces and structures and developed the plant’s automation, assisted by local partners for the activities of erection on site. Moreover, it supplied complete support to the client for the connection of the plant to the national network operator.

The Tacares power plant permitted to guarantee a higher stability of rates, decreasing fluctuations in electricity prices and producing a higher economical development as well as an improvement on the quality of life for the Heredia province citizens.

Within the context of a global economical crisis, choosing Costa Rica as a core market means choosing a region which has been, for years, one of the best in Central America for stability and growth, with particular attention to the renewable energy sources –  mostly hydro – which nowadays represent about 70% of the installed capacity.

“The opening of the Tacares power plant, Sorgent.e’s fifteenth plant in Latin America – says Daniele Boscolo Meneguolo, Sorgent.e’s CEO – proves our choice of internationalization, focusing on areas with a strong energy demand and with massive growth potential within the field of renewable energies and particularly hydroelectricity. They keep on choosing us because they recognize in us a reliable partner able to satisfy, through a sustainable development, the energy needs of highly potential territories.”